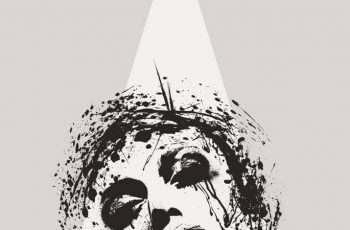 Returning to the ritual origins of theatre, Sophocles’ polyvalent, richly textured tragedy is re-imagined as a mythic re-enactment, a theatrical ritual in the literal sense.

Treating the Sophoclean text as a vocal and chorographical script, song, chant and dance serve as the primary forms of tragic articulacy.

Kemal Sultanov directs a cast of leading actors from the Ilkhom Theatre of Mark Weil, the National Academic Russian Dramatic Theatre and the Youth Theatre of Tashkent. Movement direction and choreography by Ilya Ostanin from the “LIK Ensemble”. Musical composition by Sanjar Nafikov and Sukhrob Nazimov from the “Omnibus Ensemble” and percussion by Edgar Pak. Costume design by Sarbi Davletova.

Creon ascends the throne of a war-torn Thebes. The state is politically destabilized, belief in governmental power eroded. The democratic voice has been silenced. Cruelty is fashioned as political necessity. The body of the ‘traitor’ Polyneices is to lie unentombed, ‘a sweet treasury for birds looking upon for meat.’

Antigone intends to perform her sacred duty and bury Polyneices, defying Creon’s interdiction against the burial of her kin. Contesting the legitimacy of Creon’s claims upon human conduct and ancestral tradition, she challenges the delusional, imperious king – and is condemned to death.

Two actors, male and female, trade the role of the ‘general-king’ Creon.

Who will carry the burden of statehood? Who will the ill-fated lot of kinghood fall upon?
This will be decided at each performance by the draw of a lot.

A male incarnation of Creon begets a conflict of gender – Creon’s brutal obduracy arises out of a surreptitious gender pride, where Antigone’s avowal of transcendental law and duty becomes an act of female self-assertion in a male engendered, tyrannically phallocentric world. A female Creon strips the tragic conflict of bio-political and gendered undertones; what surfaces is an irreconcilable clash of political authority and individual conscience, where blind delusion and senseless folly annihilate fundamental rights and eternal truths.

Regardless of the outcome, the tragic heroine, an agent of virtue, achieves moral victory in an act of noble self-sacrifice. With unwavering courage Antigone protects “the god’s unwritten and unshakeable traditions” and the duties of kinship, only to find herself morally isolated in a forbidding and distorted world.

The chorus – the mouthpiece of society – in its slavish and cowardly deference to governmental power, fully surrenders to the will of the authoritarian ruler. Restrained by debilitating fear, they utter misdirected truths and unavailing wisdoms, oscillating between vicious judgement, lukewarm sympathy and pitiful lamentation in their construal of Antigone’s actions. The Sophoclean text, however, continuously undercuts their falsehoods, birthing secondary meanings of which the chorus is not fully cognizant. Their unfeeling condemnations, while ostensibly directed towards Antigone, find truthful application to their master, Creon.

Ostracized and alone, Antigone is left with nothing but ‘glorious death.’