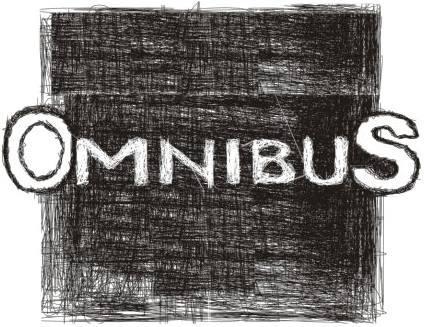 Omnibus band was established in Tashkent in the summer of 2004 by a group of young musicians united under a common idea to play music that had never been heard in Central Asia before. For several years now the band has been presenting a wide range of phenomena and processes to contemporary music all over the world. This idea was reflected in the name of the band: Omnibus originates from Latin – “able to move in all directions” or “serve for all”. The Omnibus band has been and remains the only musical group in the region whose activities are focused on the development and promotion of contemporary music.

The band presented more than 100 concert performances with unique programs. The repertoire is based on the works of composers who have become key figures in the music of the XX and XXI centuries. In 9 cases out of 10, the music performed by the band sounds for the first time in Central Asia.
In October 2005, the band organized the first international master class in Central Asia namely Omnibus Laboratory for young composers. This annual forum has been inviting leading composers and performers from Europe and the USA as educators for 6 years now.
Considering serious study of contemporary music as one of the important directions of its activity, in 2008 the Omnibus band together with the Goethe Institute in Tashkent initiated the opening of the Center for Contemporary Music, the first information archive in Central Asia that offers a wide audience of professional musicians detailed and systematic information on modern music. The center has notes and book library, audio materials, database of festivals, groups and personalities in the field of contemporary music.
In 2006, the annual Black Box International Festival of Music and Visual Arts was added to the concert and educational activities of the band. The festival focuses on experiments of combining original live music with other types of art: theater, painting, poetry, plastic, and filmmaking. The festival participants delight the Tashkent audience with a variety of styles: from instrumental academic music to electro-house and alternative rock, from folklore to jazz, from baroque music to club electronic music.
In April 2011, the multimedia project by Mnemozin was launched – an international forum for young musicians and video artists.
In an effort to maintain public interest in the heritage of traditional musical culture of Uzbekistan, in 2008, at the initiative of the renowned music expert Otanazar Matyakubov and the Art director of the band Artyom Kim, the “Makomat” Center for the Study of Uzbek Traditional Music was founded. The purpose of the center is to preserve and develop scientific knowledge about the Uzbek traditional music through optimized translations of Central Asian musical treatises of the tenth and nineteenth centuries, some selective publications, monographs, essays and reference books.
From the very beginning of its establishment, the band has been and remains a non-governmental organization. The team does not receive any financial and organizational support from state institutions or funds of Uzbekistan. The rehearsal room and concert hall are provided to the Omnibus Band free of charge by the Mark Wail’s “Ilkhom” Theater – one of the most respected centers of contemporary art in the region. This legendary theater is also a non-governmental organization. The venue for the Center for Contemporary Music is provided free of charge by the Goethe Institute in Tashkent. All musicians of the band work in various state orchestras. This enables them to survive in the difficult financial conditions of modern Uzbekistan. They work as the Omnibus band in their free time on a voluntary basis.