The original name of the theater is ESTY “Ilkhom” (experimental studio for theatrical youth – actors, artists, musicians, theater experts).
Many who were rejected at different times by Russia found their place in Tashkent. Partly due to the mentality of the Uzbeks, for whom the guest is a kind of sacred message, it is impossible to offend him.
For example, in the late 1930–40 the wife of the executed Osip Mandelstam used to teach in Tashkent University. 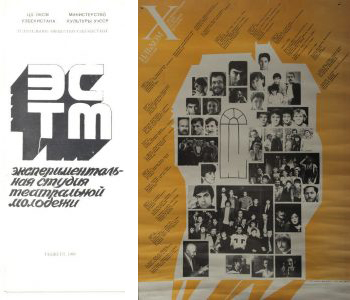 This would be impossible in Russia – the very first denunciation to the nearest KGB branch, and that’s all … Akhmatova, Ranevskaya, Mikhoels, A. Tolstoy, T. Yesenina remembered their life in Tashkent incredibly warmly.

Do you know who discovered “Master and Margarita”?
This was done by V.Vulis, a Tashkent philologist, teacher of Tashkent University. He understood Bulgakov’s manuscripts, which were of little interest to anyone in the 1950s, and K. Simonov, who was in exile in Tashkent, having learnt about the discovery of Vulis, grasped at this novel and broke through its publication in the journal “Moscow”, with the foreword from the same Vulis.
Actors Margarita Terekhova, Leonid Bronevoy, Roman Tkachuk, Igor Ledogorov were born in Tashkent. One of his best films, “Two Fighters” Alexei Lukov, produced here during the war years, and many years later, “20 Days without War” of Alexei German was also produced here. The legendary names associated with Tashkent, the fourth largest city of the former USSR, can be listed endlessly.
And today Uzbekistan continues to nourish Russian art, for example, I will name two names: Timur Bekmambetov, director of the films “Night Watch” and “Day Watch” – he started in Ilkhom as the art director, and Janik Fayziev, director of the “Turkish Gambit”, who also made his debut at Ilkhom as a director.
Each of us – the first “Ilkhomovites”, starting from actors and ending with a light or sound technician, worked in various Tashkent theaters and organizations. For example, I was an editor in a small advertising collection “Theatrical Tashkent”.
The Theater Society of Uzbekistan would allocate money to us only for production expenses (costumes, decorations, etc.). None of us received any additional wages for working at Ilkhom. Today it’s hard for someone to believe in this, but it went on for about 10 years.

“I have already said that when Ilkhom was just beginning, we did not assume that we would make our company and, fortunately, we did not care about getting into History. Our first performance – Maskharaboz-76(Clown-76) was produced in the tradition of street theater.
I was then heavily influenced by the ideas of the “New Left” – the heroes of the Western Student Revolution of the late 60s, a little information about the new art of which I found out in the early 70s in various Soviet publications while studying at the university.” 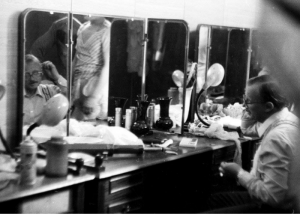 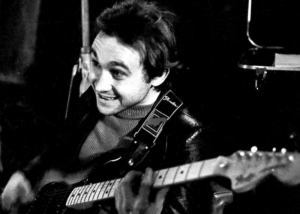 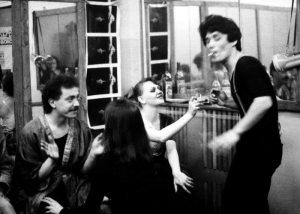 You see, Ilkhom was not born by chance, if it were an accident, it would not have survived. It emerged due to the availability of creative forces – real, powerful, non-provincial, who thought at a new level – and thanks to the spectators who could understand and support the search of a new generation.
And Ilkhom, which experimented a lot with both the text and the forms of the theater, for many years has benefited from an amazing viewer who did not pull the theater back, did not take it over, but retained the atmosphere and space in which the theater can continue to be itself and develop. This is very rare in our time.
© M.Y. Wail

_____________________
Dear friends!
Restoring history is like doing a puzzle that are scattered all over the planet today.
We appeal to everyone who can help the theater write a reliable history. Let the “Ilkhom. Retrospective.” project become our common cause!
If you would like to supplement the material, clarify the data in the articles, add your photos or videos from the performances and rehearsals, please reach us through the contacts of the “Ilkhom. Retrospective.” project.
Contacts: ilkhom.theatre@gmail.com
Affectionately,
Your Theater Ilkhom.