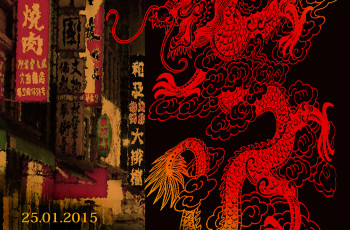 “Golden Dragon” – a tragicomedy by German playwright Roland Schimmelpfennig, recognized in Germany, as the best play in 2010. The first text of the play sounded at the Ilkhom Theater of Mark Weil before an audience in the form of theatrical improvisation in November, 2013.

“Golden Dragon” is the name of an Asian restaurant serving Thai-Chinese-Vietnamese fast food, set in a conventional European city, where strange events occur. In short, through bittersweet episodes, the author talks about the dark side of our globalized world: that we are in a closed modern world, closely connected with each other, even to the fate of kitchen worker. Sometimes, perhaps, it still through a hair falling in our soup or perhaps even a tooth. An International company of Korean dancers, Chinese chefs, Thai artisans, a Chinese brothel, an opera singer, two flight attendants, are all cooked in a melting pot, not unconsciously – just spices in huge chowder. Here, everyone is desperately trying to find happiness and survive no matter what.
The project was implemented with the support of the Goethe Institute in Tashkent.
The premiere took place on January 25th, 2015.