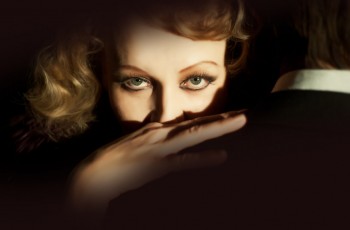 “Solo for a woman with a piano”

A fabricated story about Marlene Dietrich’s rehearsal of her last concert. Her numerous fans convinced “the living legend”, who had left the stage, to return and give her final concert.

At the rehearsal, Marlene begins to reminisce about the most memorable episodes in her life, each connected to a song performed by her.

These episodes are all different – happy and sad, ridiculous and horrifying, warm and cold – episodes, which to an extent, form the fate and story of every woman. Whether the last concert will actually take place after this rehearsal, or will remain a myth will only be known to you upon watching this play.
The memories of Marlene Dietrich and her contemporaries, and songs from her repertoire unified in the form of a solo performance offers a new glance at this legend of cinematography. A glance at an influencer who became an icon of style and taste, a model of beauty and human relationships not only in Europe, but around the world. This is also a confession of love to the profession – directors, actors…and everyone who has dedicated their life to art.

The preview of this production was performed in Ilkhom’s 35th season, on April 27th, 2011, under the working title “Marlene”.
The premiere of the production was held on March 1st, 2012.