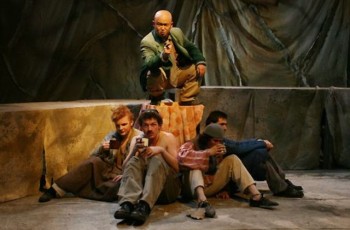 “He came to us with the rain. We were all surpriesed when he arrived.

But rain fell, and we decided, that the arrival of this man was perhaps a good sign.”