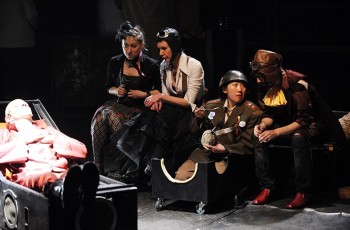 Story starts comically: elderly but wealthy duke K. comes to county town Mordasov. Having learnt about this, adventurous and prudent Maria Alexandrovna Moskalyova decides to put her 23 -year-old daughter in a home with a noble aristocrat. At first the girl opposes the plan but later listens to her mother and agrees to hold the old man in thrall. However, when it comes to weddings, the duke suddenly announces that everything that happened was a dream.

ATTENTION: Due to swearing this play is not intended for persons under the age of 18

The authors of poetry and lyrics: